I love playing video games so much so that I hope to get myself the best one when I make some money as of now I am managing what I have. Nothing!

What? I hope you did not expect me to lie just because you can't come to my house? Life isn't always as you want it to be. However, I have interacted with video games so much that I appreciate the skill involved in sitting down all day to master how to break someone's backbone in Mortal Kombat or shoot a goal in FIFA 2018.

I remember the time when I and my nephew played teams against my cousin who was really bad news for us. We were playing mortal combat and for some reason, my cousin beat us black and blue. We then had to re-strategize on how to manage him.

It was a time of recollection and serious pondering. We sat down and divided turns after every loss. These are the kind of skills you need to make it in life. Knowing when you are being whopped left, right and center and appreciating that maybe the other party has put in more time. LOL

So as we sat there in disbelief, we made excuses about my cousin using the same move all the time to win. How unfair he was to us. But I have learned that when you know what you know use that before jumping in to try other things. If I know that when I use one move I am guaranteed a win I will use the heck out of it.

I use this principle in my advertising, I finally found an add that does exactly what I want. All the principles I have learned over time I have put in this add. Do you think I will bother if not necessary to try to learn other new things? Well, it will depend but as of now...let me do the winning first.

Anyway back to the story. I was good at using one particular player and my nephew is good at using another. We had to figure out how to put our brains together and make this happen. At that moment my cousin was taunting us, his smirk and laughter made us want to explode.

He went about telling us how he is the best and we could all try all we want but he was the king of it all. You can imagine how that made me feel. I and my little nephew have a competitive spirit and we resolved this was not over until it was us who won.

I remember vividly that we may have lost 3-4 games even with all the strategy until that fateful game.

The match began and we won the first round. We were so excited but this had been the case for previous matches. If we really wanted to celebrate we had to win all the rounds. My cousin was not happy about this.

Because He had employed the same move for so long we learned how to avoid being in proximity with him lest you get caught in a trap. We were about 9 people in the room all watching what was going to happen.

My cousin won the second round and this put us on tension. We knew that whilst we were lucky the first round, the probability of winning the final match was biased towards him. When the match begun all of us in the room was quiet. So quiet you could hear sweat dripping down our noses. Some of us sat on our palms in anticipation. The match was doing quite well with each side receiving the same amount of blows and losing life as expected, it was until my cousin missed a chance to use his favorite move and received a serious blow in return that the tables turned.

Seeing that he had a few blows left to lose. We employed the same tactic that He used earlier. We had chosen an oponent that was good at long range. He used a rocket launcher to kill someone at a distance. Having fired three of those which my cousin could not dodge it was time to parrrrty!!!

Now, if you seriously think about this, why wouldn't you want to hire me? I have all the necessary skills that are needed to take your company to the next level. I can list them below:

Now that is a total package! 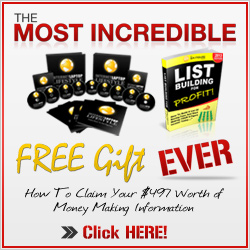