Hi everyone.  My name is Vincent and I am a recovering commuter..

Starting my working life in London meant that it was a given that I would have to navigate my way around one way or another.  It’s one thing making your way to a Football match or shopping expedition at a time (roughly) of your choosing, but when you are regulated by the clock and of a time regime set by those paying your wages, then it brings a whole different dynamic to the 'experience'.

According to a recent poll (Quoted in Business Leader Magazine), two-thirds of Londoners found using public transport as the most stressful part of living in the capital. On the London Underground, crowded trains are carrying almost double the number of passengers they were designed to take.

The same poll outlined that the average work commute in London is over an hour (74 minutes to be precise).  That rings true. It was certainly my experience.  However, the time taken out of our lives is only one factor.  It certainly cannot be described as an uplifting experience to be in such proximity to people. People who never talk to each other!  If you can spot anybody smiling, that’s a real bonus.

There was a time when you could drive quite a way into the City or West End of London. It was always congested of course, but occasionally doable. Judging from the continued congestion there now, some people still do despite penalties and costs associated. Not much smiling going on in these cars either.

At least these commuters seem to be heading towards somewhere.  The poor souls circumnavigating London on the M25 just seemed destined to an eternal carousel. I just hope they are listening to decent music and not the drone of depressing Radio News.

Some progressive companies are facilitating employees being able to work remotely.  Far too few alas. There is an old-fashioned culture of control that many employers exercise. Never mind the effects of all of this on the human beings that work for them.

For others though there is the option to take a leap out of the (dis) Comfort Zone. It’s an option I would stronlgy recommend if you are at a point in your life when the next move could be crucial.  As a recovering commuter I have the zeal of the convert in advocating taking self-employment options. Most particularly the route in which I am now travelling which is online marketing.  There are other internet based businesses based around various products and services, lifestyle change and personal development and many more. It’s never been easier to find out how to do this and to begin the process of setting up your business.

Is there enough money in it to tempt away from well paid (albeit stressful) jobs in the Corporate world? if you study it and put in the time and effort, yes.  It's not easy, but what is?  But it’s not rocket science either. There’s a marked difference between putting in 70 hours of your choosing for something you are passionafe about measured against the same time under somebody else's regime.

It will not suit everybody, but I would encourage people to do the due diligence and find out.  Nobody has to follow through and the good mentors know how counterproductive it is to hound or spam people. The business has moved on.

Unless of course, hot crowded trains and depressing radio news are your thing. 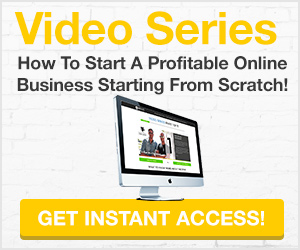